A closer look at “term” birth

Of baby brains and reading scores…

When I was in my pediatric residency I was taught that a baby born between 38 and 41 weeks was “full term.” Babies born in that golden four weeks were thought to be one homogeneous group in terms of future development. A baby born at 38 weeks gestation was home free, at least as far as his neurological future went.

Not so fast. A study of more than 100,000 New York children just published in the journal Pediatrics reports that those born at 38 weeks–the low end of the term age bracket–in general don’t perform as well on standardized tests of math and reading in third grade as do children born later in pregnancy.

And not only that:

Each week of increased gestation from 37 to 41 weeks showed an added benefit in both reading and math scores. Further, children born at 37 or 38 weeks performed significantly worse than children born at 39, 40, or 41 weeks, and have a significantly increased relative risk of impaired reading and math skills on standardized school achievement tests.

The brain grows rapidly between 38 and 41 weeks gestation: gray matter increases nearly 50%,  and myelinated white matter triples as the brain increases in complexity. It’s not surprising that being born even two or three weeks early might negatively impact some babies.

The study isn’t perfect, and it’s best to keep in mind that increased risk doesn’t equal inevitablility–the large majority of babies born at 38 weeks will be just fine. Still, researchers in Denmark, Belarus, Switzerland, and Scotland have recently reported findings similar to those in the New York study–all of which supports the growing effort to reduce elective, early labor induction.

Best to leave babies in the womb until nature says it’s time to come out!

Hey, teachers! How about a BiblioBattle at your school? 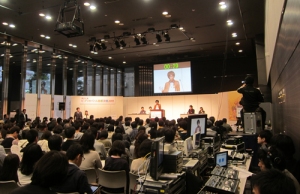 I got this email a while back from Yumiko Kaigawa of Ritsumeikan University in Japan, where the BiblioBattle concept was developed. (Refresher: My book, Birth Day, finished third in the 2011 BiblioBattle in Tokyo. More on that here.)

“Thank you for introducing BiblioBattle! I hope there will be an opportunity in the US to have and enjoy BiblioBattle, anyone, anywhere. It’s a good for a reading and cultural exchange.”

I think that would be a great idea! BiblioBattle is a straightforward book-vs-book contest, in which contestants have five minutes to talk up the merits of a book they particularly love. A three-minute audience discussion of each book follows, and at the end everyone votes for the “champ-bon,” or champion book. There’s a concise, one minute YouTube video that describes the process. As an example of how the presentations look in Japan, you can view Mina Mizuhara’s Birth Day presentation at the Tokyo finals here. (It helps if you can speak Japanese, but you’ll get the gist of it regardless.)

I think this could be a great way to drum up reading interest in our sometimes book-averse U.S. students. The Japanese BiblioBattle has the feel of a polite poetry slam, and it could be developed along those lines in the U.S.

So, any teachers out there? Does this kind of program already exist in the U.S.? Want to give it a try at your school? Please let me know what you think. 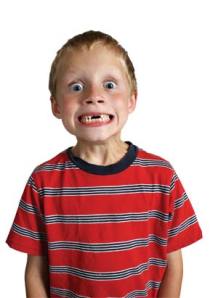 “Pupils who shout out in class achieve better results than their counterparts who appear to be better behaved and quiet, suggests research.

A study of primary school pupils found children who “blurt out” responses perform better in maths and English.

The Durham University study looked at 12,000 pupils in England.

‘Although it may seem disruptive, blurting out of answers clearly helps these pupils to learn,’ said report co-author Christine Merrell.”

There was a boy named Michael T. in my fifth grade class who would qualify as what the Durham study refers to as an “impulsive shouter.” I’d guess that eight or nine times out of ten the answers he blurted were wrong, but he had a zest for exuberant guessing that no amount of nun-ly discouragement could suppress.

Sister Marie Angele did not appreciate Michael’s nonstop, free-range classroom participation.  He spent a good portion of that school year on his way to, coming back from, or sitting in the principal’s office, with a paddling thrown in here and there for good measure–none of which fazed him in the least.

Wonder what he’s up to now? If the Durham study is correct, he’s probably a Fortune 500 CEO…

The value of a good teacher

Nicholas Kristof’s column in this morning’s New York Times is worth a read. I was lucky to have a number of excellent teachers growing up (and a few who were eminently forgettable…).

My favorite was Sister Patricia Clare (Sacred Heart School, Evansville, Indiana). She was strict and demanding, but she loved reading and astronomy–and so did this nearsighted, slightly chubby, astronaut-wannabe fourth-grader. We were a perfect match.

Today’s kids deserve as much. If we’re going to pull out of the economic hole we’re in, investing in talented teachers is an absolute must.