A tale of two feet

Those of you who have read Birth Day will recall this image of my daughter Claire’s feet from her birth record.

Here’s their owner, all grown up at her graduation from UC Davis yesterday… 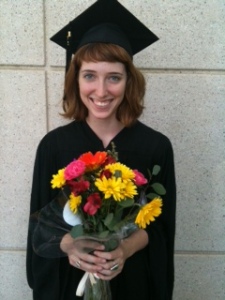 That went way too fast…

Filed under About the photos, Birth Day, etc., Fathers

Don’t forget: Dads get depressed, too

Dads get depressed, too.

Lest we forget…it’s not always about mom’s mood. Paternal depression can have worrisome effects on a child’s mental health, too.

One thing I do really well…

…is hide Easter eggs. I just found this one in the back yard.

I inherited this talent from my dad. He’d hide real eggs so well we wouldn’t find them until July, when the full power of an Illinois summer sun at last released their sulfuric essence.

Picture a half-dozen Sloan kids, circa 1963, pointing and gagging…

A new study from Sweden’s Karolinska Institute suggests that kids born to fathers in their 50s do just as well in school as those with 30-something dads. This contradicts a previous study which showed that geezer-dads had a negative academic impact on their offspring. Take that, whipper-snappers!

No word from the Institute, though, about the impact on an older father’s IQ (and self-esteem, for that matter) from trying to help his middle-schooler with his digital arts/robotics homework… 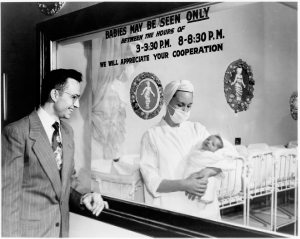 It's all down hill from here...

Well, it’s finally official: fatherhood puts a damper on testosterone production. This isn’t exactly new-news–I wrote about it in the “Daddies” chapter of my book, Birth Day. But previous studies had a chicken-and-egg problem: no one knew if fatherhood itself somehow depressed hormone production, or whether men with lower testosterone levels were simply more likely to want to become involved fathers in the first place.

A study of more than 200 Phillipine men reported in this week’s Proceedings of the National Academy of Sciences is the first to measure testosterone levels in young men both when they were single and childless, and then again after they became fathers. The results? Men with the highest single-guy testosterone levels experienced the biggest drop when daddy-hood struck.  The researchers also found, among other things, that fathers involved in direct care of their children were more likely to have lower testosterone levels than men who were less helpful.

The cause? It isn’t clear yet, but it could be due to stress, interrupted/nonexistent sleep, or some other factor. I suspect pheromones–sneaky chemical messengers that waft through the air from a baby (or his mother) to father–designed to keep the big lug involved with his kids. Sounds like a win-win to me: good for babies, good for daddies.