I’ve given a couple of talks in the Midwest this month, and I want to give a shout-out to two very worthy organizations: Enlightened Mama in St. Paul, Minnesota (this post) and Southwest Tech in Fennimore, Wisconsin (coming soon).

I first met Liz Abbene, Enlightened Mama’s founder and “Alpha Mama,” a couple of years ago when I was speaking at the 2012 REACHE conference in Seattle. As we chatted about the conference I was impressed by Liz’s ability to carry on a coherent conversation while buried in children (she has four beautiful kids). Anyone who could keep that many balls in the air at one time, I figured, must run a pretty interesting business.

When the conference wound down, Liz extended me an invitation to speak at Enlightened Mama if I was ever in the Twin Cities. Sure, I said, figuring what are the chances of that ever happening? I’d never been to the Twin Cities and didn’t really have any plans to travel there. 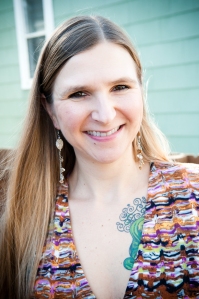 Ah, but life has a way of changing one’s plans. Last year I enrolled in the University of Minnesota’s Masters in Public Health program, which requires online students to spend a couple of weeks on campus during the year. So I came to the Twin Cities for UMN’s Public Health Institute in early June and, as Liz had willed back in Seattle, I wound up at Enlightened Mama talking on the wonders of the newborn microbiome.

Space does not allow me to describe all that Liz does at Enlightened Mama. Suffice it to say that along with doula services she and her staff and partners provide lactation support and breastfeeding classes; massage, acupuncture and chiropractic care; family therapy and career counseling; and a number of other classes and services that promote wellness before, during, and after childbirth. Alas, there is no brewpub or nail salon at Enlightened Mama, but for all I know these are in the works.

Enlightened Mama is a great resource for families in the Minneapolis-St.Paul area. So if you live there and you’re pregnant, give Liz a call!

P.S: When I asked one St. Paul mother how her town differed from Minneapolis, she told me this:

“People from Minneapolis love to tell you how cool it is to live there. People from St. Paul already know we live in a cool town. No need to brag about it.”

I remain neutral in the matter…