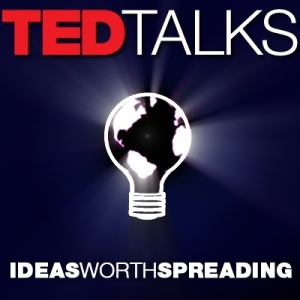 If you’re a fan of TED talks, here’s a short, interesting one by Alison Gopnik. She’s a professor of psychology at UC Berkeley and the author of popular books on how babies learn–most recently The Philosophical Baby (2009), which I reviewed for the San Francisco Chronicle. Her books make for fascinating reading, if you find babies as fascinating as I do.

In the Ted talk and in her book Gopnik describes infants and toddlers as having a “lantern consciousness” with which they explore their world. They take in everything around them–like a lantern casting light in all directions–without doing much editing. That maddening tendency to flit from thing to thing may drive parents nuts, but it’s purposeful flitting–it’s how they eventually make sense of everything, from social encounters to the physics of walking. (There’s a very cute video in the talk of a four-year old trying to figure out how to make a block light up–if nothing else, check that out.)

By comparison, Gopnik describes adults as having “spotlight consciousness”–we’re really good at zeroing in on the task at hand, at the expense of missing out on a lot of interesting things going on around us. We do occasionally flip into “lantern” mode, like when we travel to a new place and explore the differences between there and home (if we have time to just wander, that is). But most of the time we burrow into our familiar routines, focused on schedules and deadlines and racing through our chosen mazes. Too bad for us!

“It’s like being in love in Paris for the first time after you’ve had three double espressos.”

Think of that image the next time you watch a baby hard at work, figuring out the world.

(And thanks to Erin Duckhorn for passing along the TED link!)