Why ‘Obamacare’ is important for American children 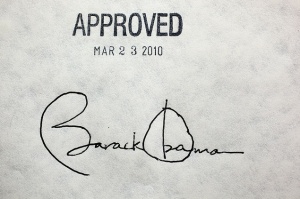 I was one of millions of happy people following Thursday’s Supreme Court ruling that upheld the Affordable Care Act. The ACA greatly expands access to care, benefits, and coverage for millions of children, and if there’s any hope for the future of this country it has to start with healthy children.

It’s difficult for people with health insurance to truly understand what it’s like for those who don’t have it. Or for those who had it and then lost it in the recent economic downturn. And it’s easy to overlook the toll this can take on a child’s chances of success in life.

Here’s one example from my practice:

I took care of a family I’ll call the Swensons for several years. Greg and Connie have three kids, ages 6, 7,and 10. Greg is a welder and his wife Connie was a receptionist at the construction firm where Greg worked. Both lost their jobs about a year ago, and with it went their health insurance. They moved to a neighboring state to live with family and search for work in a more construction-friendly region.

Stephen, their ten year-old, is a very bright boy who suffers from asthma. When they had health insurance and jobs, Greg and Connie were able to keep

Stephen healthy, but not without inhalers, allergy medications, and clinic visits.

When Greg and Connie lost their incomes and insurance, though, medications and regular doctor visits quickly ate up what money the Swensons had saved. Stephen got sicker. He wound up in  emergency rooms three times, and then was hospitalized for a few days when his asthma got out of control. He missed about three weeks of school due to his illness, and he was fatigued for a few weeks after that.  It took him the rest of the school year to catch up to his new classmates on the work he’d missed when he was sick.

None of that had to happen. In most other industrialized countries Greg and Connie could have simply taken Stephen to a pediatrician or family doctor in their new home town and stayed on top of his asthma care. Money would still have been tight, but they wouldn’t have had to go deep into debt to keep Stephen healthy and doing well in school.

The American Academy of Pediatrics has a nice summary the ACA’s benefits for children  (see the fact sheets for more details). Take a look–it’ll give you some hope for the future. How anyone can equate that to the second coming of 9/11 is beyond my powers of comprehension.

8 responses to “Why ‘Obamacare’ is important for American children”